How to Get a Police Blotter Removed From the Internet 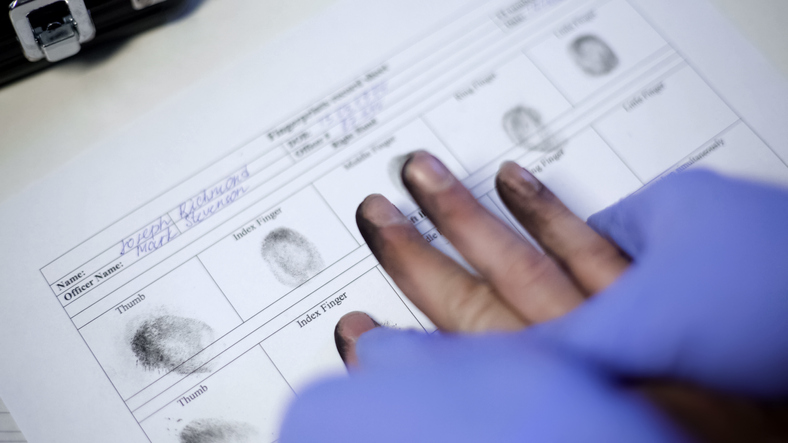 Learn how to get a police blotter removed from the internet and restore your reputation today.

What is a Police Blotter?

Police blotter is a slang term that actually goes as far back as 16th century Europe. At the time, no formal police force existed. Instead, some communities and groups of traders, merchants, church members, and others employed a private ‘security’ force to protect their goods. They also paid private citizens to capture and convict thieves (an early form of bounty hunting).

In any case, what’s important here is that the organizations hiring the security tracked events in a large ledger. The term “blotter” comes from the type of material used to clean up excess ink during the record-keeping process.

Somehow, “blotter” became synonymous with the record itself – and the name, well, kind of stuck.

What Information Is In a Police Blotter?

Today, we use the full term “police blotter” to refer to any blog or newspaper section that records matters related directly to police events and community safety.

The information shared in a police blotter depends on several factors. These many include the size of the community and how relevant the police blotter is to the content hoster.

For example, a large community newspaper will probably only list the most critical events. It may also list events readers may find “entertaining” to their readers, including public indecency arrests.

In contrast, a blog specializing in neighborhood events may post each arrest in its police blotter segment.

Either type of police blotter will likely include the event timeline, the names of the those involved and what the event entailed. For example, indexed on a county newspaper’s police blotter for January 12, 2021, there might be the following:

“At 8:50 p.m. Tuesday, officers were investigating suspicious activity in the 500 block of Main Street. Two men, including Bob Rogers, 33 of Bellow, were towing a vehicle. During the investigation, officers learned that Rogers had an assault warrant out for his arrest. He was transported to Bellow Detention Center.”

“Dispatchers received a call at 8:35 a.m. Tuesday that a vehicle had struck a light post in the 500 block of West Bend St. When officers arrived, the driver, Jane Smith, 22, appeared to be under the influence. A field test was performed and Smith was jailed for the misdemeanor offenses of driving under the influence.”

As you can see, police blotters include a lot of information about individuals. They show the name, age, location, and situation for those arrested.

While you might have a sense of the problem with this, let’s look at it more in-depth in the next section.

How Can a Police Blotter Ruin My Reputation?

Being on a police blotter can do significant damage to a person’s reputation. It does so in several ways.

First, there is the initial police blotter fallout. For this, unfortunately, there is nothing to stop. For arrests or warrants issued for your arrest, the law currently allows newspapers and organizations to obtain that information directly. Often, this happens immediately after the arrest or even before the person’s release.

The immediacy of police bloggers means that the weeks and months following your arrest can be the most painful. Unfortunately, it is legal for businesses to use an arrest for grounds of termination from a job. That said, employees that have a good rapport with their job often won’t be fired in such situations. Rather, the real problem comes with what happens next.

Google has no mercy

After months or even years, well after you’ve paid your dues to the courts and completed your sentence, you may still be haunted by police blotter information. This is because many organizations do not clear out their past police blotter info, allowing Google and others to index those items in search.

And there are going to be a lot of details. Remember the example above? The police blotter lists the person’s full name, age, arrest location and criminal charge. So whenever someone searches your name, you risk one of the top search engine results being from a police blotter listing out the arresting information.

Worst of all: while some jurisdictions undercharge a person upon arrest, many others will overcharge. The result? Despite any dropped charges in the future, that crime will still get attributed to your name. Like it or not, those serious allegations show up whenever a potential employer or colleague searches your record.

How Do I Find if I am on a Police Blotter?

Tragically, this is pretty easy. Simply open up a browser, go to Google, and type your name into the search bar. Do this in “Incognito Mode” to prevent biased cookies or caches.

Check at least the first five pages of results, looking for your name associated with any local newspaper or blog. Where all information isn’t given in the search result blurb, click on the link to determine if you’re in the website’s police blotter.

How Do I Get a Police Blotter Removed From the Internet?

So, you found your name and arrest record on a police blogger or on multiple police bloggers. Now what? How do you get it removed?

To remove your police blotter information, you can either go it alone or hire a professional.

If an attorney represented you after your arrest, speak with that attorney about obtaining any relevant paperwork. This may help clear your name from police blotters. If the judge dismissed your case or you had limited contact with the attorney, hire an intermediary. This may help to remove articles from local news outlets or take away tags and limit your personal information.

If an attorney isn’t right for your case, consider a team with online image and information removal experience. Our experience includes working with individuals, local news outlets, and national publications across the country to remove personal information and restore reputations.

Have You Been “Blotted?” We Can Help

In situations where information is unremovable, we do the next best thing. We bury it. Through positive content generation centered on your name and credentials, we build online assets that push negative info out of sight.

Contact our team to take control and remove your name from police blotters fast.