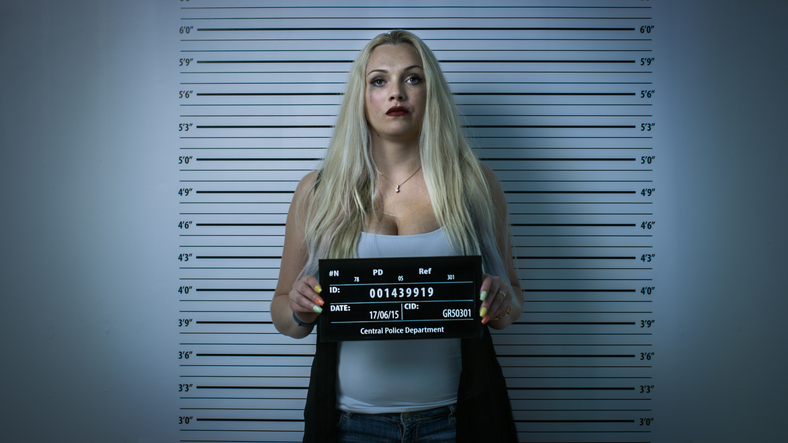 Learn how mugshots get onto Google images and how to remove those embarrassing photos for good.

Getting arrested is often one of the worst days in a person’s life — and often it happens after a period of high emotions. And when a person is at their worst is usually when the mugshot is taken.

A mugshot may include someone red-eyed from crying, red-nosed or flushed from drinking or being on intoxicants, or bruised from a fight. These are not pictures most want to be remembered.

And to add insult to injury, mugshots are taken of everyone who was ever arrested. These mugshots are then made accessible to anyone, many of whom throw them on their websites.

What’s worse: Google search crawlers find these news-hosted images, which generally have metadata listing the person’s name. Google Images then pairs the name with the mugshot and lists that photo on first page search results.

However, it isn’t just news organizations that publish mugshots. Businesses and individuals have created websites (such as mugshots.com and floridamugshots.org) that allow visitors to search inmate arrest records and mugshots instantly.

And the more they search, the more “relevant” your image becomes to Google. This increases the likelihood it will be indexed high on Google Images. This is especially true for people with unique names or who live in a smaller community.

Why This is Problematic & What is Being Done

Undoubtedly, there are some very big problems with this system. While there is some merit to community warnings about violent individuals, posting a mugshot doesn’t always mean “guilty.” Too many people are having their career and social prospects dashed whenever someone searches their name.

Additionally, even when a person was convicted of a crime, their time has been served. Their debt to society? Fulfilled. Google and mugshot sites shouldn’t be able to drag a person’s reputation forever.

So if you find your mugshot on Google Images, the first thing to know is you are not alone. This is a widespread problem. And the good news? People everywhere are realizing it.

For example, Oregon Governor John Kitzhaber signed a 2019 law forcing any mugshot sites to remove photos for free whenever they feature someone not guilty or with an expunged record.

Other states have since followed Oregon’s lead. Yet, more resolution is still needed. Oregon’s law and others are available only for those found not guilty.

For these situations, check out this step-by-step guide on removing your mugshot from Google Images and other locations:

Finding your mugshot on Google Images can be a shock. When it happens, it’s easy to feel overwhelmed, frustrated, and worse. So to start, breathe. Understand that while this is a problem, it is not unsolvable.

And the first step to solving it? Like any problem, take a step back. To understand the problem of having your face on Google Images, you must first answer the following questions:

1. Is my goal to remove that image from Google Images or from the web entirely?

Most people say they want both. But it is possible to remove your mugshot from Google Images without removing it from the web entirely. What’s more: there are incentives for taking this tack.

Removing your image only from Google search results or Google Images can be done without involving another institution. This can save you money, time, and headache and result in vastly improved search results.

2. Who controls the source? Where is Google Images finding my information?

Do not think your mugshot is on just one site. In many cases, a mugshot is initially uploaded from a news article and taken by a disreputable site. Or other “news” organizations steal the mugshot and host it on their own site.

Thus, it is important to learn who controls the source page and all other source pages on the web. You can do this by:

It is likely you will find more than one website hosting the mugshot. At this point, you might feel this project is too big. Don’t. Stay calm. The purpose here is to simply note every website now hosting it.
Take it one step at a time.

Examples of sources likely to host your mugshot and name include:

In some situations, your mugshot is old and hosted on a non-responsive website or source page. When that happens, you may remove the photo from Google Images with Google’s “Remove Outdated Content” tool.

If that doesn’t resolve your issue, contact the website owner directly about removing your images. If they say no, you have a couple of options.

First, prove that charges were cleared with the relevant court documents. Use either the law (when it is on your side, such as in Oregon) to force the takedown. If this doesn’t work, try using the Google Removal troubleshooter to force the removal.

If you are able to remove your mugshot and name from all the source websites, use the Remove Outdated Content tool to ensure it’s no longer indexed in Google Images.

No Luck? Hire a Removal Service

When websites refuse to remove your mugshot and Google’s tools are not helping, contact an internet removal service. A removal service like Erase Mugshots has the clout and experience to remove mugshots for good. Our experts specialize in removing photos from Google Images and personal information from sites across the web.

The benefit of expungement is that it fully removes your arrest history. It also provides more legitimate legal standpoint from which to remove images from Google search.

Thus, it’s a good idea to work toward the immediate goal of removal with a professional removal team first.

To learn more about removing mugshots from Google Images, contact our team today.