5 of the Most Common Android Spyware File Names 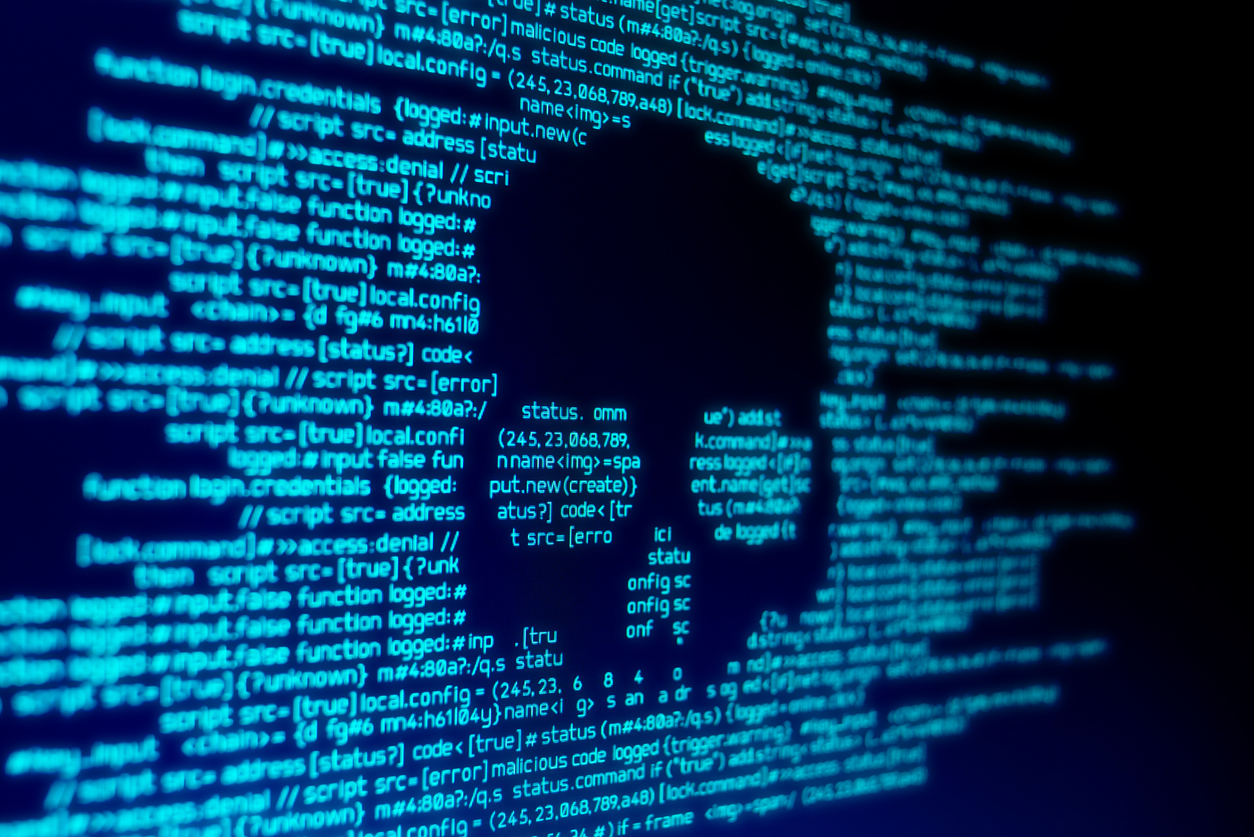 Concerned about spy ware apps on your Android smartphone? With this guide, detecting spyware installed on your phone is easier than ever. Protect your device and your privacy today by watching out for these five common Android spyware file names.

In today’s always-on world, mobile phones have become essential components of our everyday lives. We rely on our mobile devices to communicate with others, navigate unfamiliar city streets, and place orders to online stores.

We store a lot of personal information on our phones, from bank accounts details to passwords, addresses, phone numbers, and shopping carts. Unfortunately, many Android phone users believe that their devices are safe from malware or other malicious files, often skipping the protection of anti virus apps. This oversight can result in hidden spyware being installed on your Android device without your knowledge.

Spyware programs installed on your phone can steal your sensitive data and browser history, potentially putting you at risk of cybercrimes, physical threats to your safety, and loss of control over your mobile device. In this guide, we will explore hidden spy apps and how to detect spyware file names on your Android phone. Then, we will present details on how you can remove spyware from your Android devices once and for all.

Starting with the first public release of the Android beta in 2007, the Android operating system (Android OS) is developed on a continual basis by Google and the Open Handset Alliance (OHA). Today, the OS occupies a 70.9% market share, with Apple’s IOS devices in a distant second place.

Android devices include cell phones, tablets, and gaming devices. The Android system is also used by a wide variety of other connected devices, including:

As the popularity of Android-powered devices increased, so too did interest in the criminal world. Criminals increasingly target Android phone users to steal their identities. Phone spyware is one of the most common ways that criminals gain access to smartphones — and this software is often installed without the phone’s owner knowing about it. A single data breach caused by the loss of private data on your Android device may cost thousands of dollars to correct — and you may never recover the data lost to criminal activity.

Your Android Device May Be Spying on You

Hidden apps on Android phones are partially responsible for a sharp uptick in identity thefts. Once these devices are installed on a device, they can siphon off sensitive data to criminals. What criminals do with that information can put you, your family, and your financial safety at risk.

Just how bad is the spyware threat on Android tablets and phones? Consider these alarming statistics:

Even if you have downloaded a mobile app with a 4 or 5-star rating from the Google Play Store, you may be surprised to learn that some of these may be infected with Android spyware. While Google has automated systems designed to identify and block malicious software from the Store, this protection is not foolproof. In simple terms, phone spyware may already be on your Android device.

The Most Common Spy Software on Android Devices

According to a leading Information Technology resource in Canada, hidden spyware is further categorized into spyware families. The most common of these are:

What does all of this mean for the average Android user? The major takeaway is that there are potentially thousands of types of sophisticated spyware that can steal your identity, lock your phone, or put you and your family at risk.

Do Spyware Apps Have Legitimate Uses?

Despite their potential for misuse or criminal behavior, spyware installed on Android systems devices can and do have legitimate uses.

The most common legitimate use is for parents to keep watch over their children when away from home. Spying applications offer GPS location tracking, social media monitoring, and a host of other features.

Another use for spy software is to locate your phone if it is lost or stolen. Some of these apps even allow a user to take photos using the phone’s camera, track the location of the target device on a map, make SMS commands, and wipe data before it can fall into the hands of criminals.

Some of the most popular spy apps used for legitimate purposes include:

Spyware on Android doesn’t have to be used for nefarious criminal acts. However, there are certain “rules of the road” to follow. If you wish to install spyware on Android for legitimate uses, it is always a good practice to be transparent. Parents should tell their children of the presence of such software. You should also check your local and state laws for any legal considerations before installing software on your devices.

How Did a Spy App Get on My Phone?

Spyware and similar malicious apps wind up on phones every day, despite our best personal security practices. The most common way for advanced spyware to be installed on our phones is by downloading legitimate apps from Google Play or other app download platforms.

Spy apps are often embedded in the installation files of other third-party apps, making the process to find hidden spy apps extremely difficult. In other cases, a criminal would need physical access to a device to install the app, such as from a malicious website set up for this purpose. In general, however, spyware on Android is hidden within some of the most popular productivity, gaming, and communication apps we download every day.

Spyware may also be installed by visiting websites, opening emails, reading text messages, and more. To protect yourself against the threats of spyware, brush up on your device security. We will offer tips on preventing spyware from being installed on your device in a later section.

How can you tell if your Android device is infected with malicious system apps or other malicious tools? While detecting spyware on Android mobile tech can be difficult, there are a few telltale signs to watch out for:

Most people are aware of the normal operating features of their phones. When phones start acting up, however, weird behaviors like screens lighting up, frequent reboots, or unusual noises can signal that an unknown app may be spying on you. If your phone camera starts unexpectedly, or social media apps appear to have activity even when you’re not using your phone, you may be stuck with a spy app.

If you begin to notice your cell phone battery draining faster than typical, that is a common sign of a spy video recorder or other tracking apps running constantly in the background. Battery life varies from device to device, but most people will recognize an unusual pattern of battery use.

Spyware applications can create dramatic slowdowns in performance. If your phone begins to perform sluggishly, such as taking long times to reboot, start up, or render screen images, it is possible that a spy ware app is causing performance issues. Remember that these apps are often running constantly in the background, hogging processor time and performance in the process. Battery performance may change when perfectly safe apps are installed as well. In this case, deleting recently-installed apps and monitoring battery performance after each deletion can rule out a malicious piece of software.

Unusual sounds during phone calls or when not in use:

Beeps, clicks, pops, or other unusual sounds during phone calls can indicate that your phone is being used to spy on you. This is especially true of apps that record calls. Sounds that occur when your phone is not in use — beeping, clicking, alert tones — may mean that hidden spyware on Android has found its way onto your device.

Before jumping to conclusions, unusual sounds may just indicate a bad connection or poor cell coverage. Still, you should try to rule out any other potential source of unexpected sounds coming from your cell phone.

For Android users with unlimited data plans, noticing an increase in data usage may be difficult. You can always log into your service provider’s data usage meter to see what your average weekly/monthly use is to get a baseline figure. If data use exceeds the average, that can be a sign that some app is running in the background, potentially communicating with a malicious server and stealing your information.

We’re all familiar with popup ads on our phones. If you suddenly experience an upswing in these ads — or other popups that alert you to security risks, excessive data use, or other alerts, installed programs on your phone may be infected with spyware.

If you start getting SMS messages or MMS text messages with codes, symbols, or unrecognizable senders, this is a common sign of a malware infection. Whatsapp messages may also be used to siphon away your private data. If you don’t have an unlimited texting plan, these unwanted text messages may even drive up your monthly bill.

Periodically check your app drawer and file manager for apps that you didn’t install. Both of these locations show system apps that you have on your device. Most people should be familiar with the apps they use on a regular basis; if unusual entries appear in your list of apps, one of the apps you downloaded may have been used to install spyware on your device.

If you have experienced any of the signs and symptoms of a spyware infection on your family’s cell phones, chances are that you may have already been a victim.

How do you find hidden spyware on Android tablets or phones? The process begins with a malware scan of your device. This is the fastest way to locate spyware, making it far easier to remove spyware.

You may also consider downloading monitoring software from the Play Store. Many of these monitoring apps are produced by well-known antivirus software companies. An anti spy app may also be useful to keep malicious programs from ever making it onto your device.

How Do I Remove Spyware from My Phone?

Once you find hidden spyware on your phone, what can you do to remove it? Is there an easy way to eliminate spyware from your phone or other devices? Unfortunately, because these apps are often hidden within popular (and safe) apps, detecting them for removal can be a frustrating process. After all, if you can’t locate spyware, how can you know which apps to delete?

The first strategy is always to perform a factory reset on your phone. This factory reset clears out all downloaded apps and data stored on the phone, including junk files and data that causes device slowdowns. When you try this tip, be aware that the phone protects itself by asking “are you sure you want to reset?” several times before critical files are deleted.

Hidden spyware on Android can be frustrating. Removing these apps from your Android phone may be just as challenging. If a reset doesn’t work, there are specialized apps available in the Google Play Store designed to help you out. Download one of these and allow it to run. With luck, your phone will be safe from spying.

Data leaked from your Android phone can result in identity theft or personal safety risks. This data can also harm your online reputation. Imagine if personal photos or details were spread on social media sites against your wishes due to a spyware program on your phone?

If you find hidden spyware on your device and don’t know where to turn for help, EraseMugshots is the ideal solution. Our reputation monitoring services allow you to pinpoint problems before they can damage your reputation. Call (866) 601-6803 to learn more or to schedule a free consultation.