Can Georgia Inmate Mugshots Be Removed? 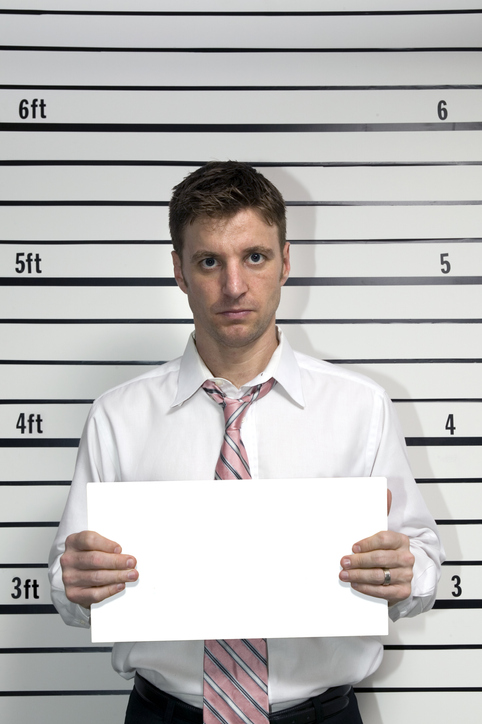 Removing Georgia inmate mugshots from the internet is much easier than it used to be.

The problem is there are so many mugshot websites willing to skirt right up to the edge of the law to publish arrest mugshots.

Fortunately, Georgia is one of the few states willing to protect individual privacy when it comes to the publication of booking photos.

Below, we examine Georgia inmate mugshots law and the circumstances in which mugshot sites must take down mugshots. We also look at the various methods for removing a booking photo from the internet.

Why is My Booking Photo on the Internet?

Anytime an arrest is made, those records go public. Police and prosecutors are public employees, and trials are (in most cases) public events.

From arrest to conviction, the process is “public” insofar as it protects the rights of individuals charged with a crime.

The problem with this is that an entire industry has sprung up around publishing mugshots on the web. There is a multitude of websites willing to print mugshots online. Many have the audacity to charge people to take them down.

This is one more example of consumer protections lagging behind the speed at which the internet has grown.

There is also an obvious problem with this scenario. In Georgia, hundreds face arrested, booking and processing every year. But many of those end up found “Not Guilty” at trial – or prosecutors end up dropping the case altogether.

In other words, hundreds of residents are getting their Georgia inmate mugshots published on the internet, despite not being convicted of a crime!

This can be incredibly damaging for a person’s job prospects, renting an apartment or even finding a romantic partner. In fact, a simple Google search reveals an individual’s arrest records and mugshots almost immediately!

What the Law Says About Georgia Inmate Mugshots

Georgia is one of a handful of states that takes the protection of citizen rights very seriously. Over the past decade, Georgia passed two laws to protect your rights following an arrest (but not conviction).

Georgia lawmakers amended Georgia Code Ann. § 10-1-393.5 in 2013. This consumer protection law requires mugshot websites to take down an individual’s photo free of charge when the record has been “restricted.”

“Restricted” means an individual was arrested but never convicted of the crime. If the charges are dropped or an individual is found “Not Guilty,”, their records become “restricted.” It’s another way of saying your arrest is not public record because you weren’t convicted of a crime.

Georgia lawmakers amended Georgia Code Ann. § 35-1-19 in 2014. This law makes it illegal for any member of law enforcement or the court to publish mugshots online. It also makes it illegal for mugshot websites to access booking photographs for the purpose of publishing and charging a fee for removal.

NOTE: The only exception is in cases where an individual’s booking photo is in the Georgia Sex Offender Registry.

The Georgia legislature passed a new “second chance” bill in August 2020. As of January 1, 2021, individuals can have the criminal records of up to two misdemeanor charges expunged after their sentence and probation are completed.

This new law is great news for Georgians. It means those arrest records are now no longer public record and neither are their mugshots! Under this new law, mugshot sites receiving a takedown notice must take your mugshot down as soon as possible.

Wait… Then Why Is My Mugshot Online?

Great question! The truth is mugshot site owners aren’t the most ethical people in the world.

Since it is illegal under Georgia state law for law enforcement to provide booking photos to mugshot websites, how does any mugshot end up online? We can only make educated guesses. Bribery? Hacking? Magic? Who knows?

This does not change the fact that your mugshot is on dozens of websites. Also, mugshot publishing websites have figured out how to test the law without technically breaking it.

Imagine: you’re arrested for a crime and go through the mugshot process. During your trial, you receive an acquittal. Remember: “restricted” records mean you were found not guilty. It can sometimes take three or more years from your arrest to conclude this process.

A mugshot site operates legally until you are found not guilty and your record is “restricted.”

The good news is that mugshot websites know the Georgia laws. And because of that, they tend to respond quickly after receiving a notice from EraseMugshots.com!

If they don’t comply with our takedown request, they know the Georgia Attorney General’s office can bring criminal charges against them. Individuals may also sue them under Georgia’s consumer protection laws.

8 Reasons Mugshot Sites Must Take Down Your Georgia Mugshot

The 2013 mugshot protection law in Georgia was a truly great public service. If EraseMugshots.com notifies the mugshot website after your record has been restricted or expunged, they MUST comply within 30 days.

If we contact a mugshot website on your behalf, and they don’t comply within 30 days, you are within your rights to turn them in. The Attorney General’s office will press charges and may even order their entire site off the internet. You can also hire an attorney to sue the pants off of these companies!

Under Georgia state law, mugshot websites must remove your mugshot if:

We’ve shown that it’s illegal for Georgia law enforcement to give your booking photo to mugshot websites. Yet, your mugshot shows up all over the internet! It doesn’t matter how or why this happened. The fact remains that your quality of life is now suffering because that mugshot is online.

Most mugshot websites are technically operating within the limits of the law.

The good news: Once you expunge your record or it becomes restricted, removing your booking photo from the web is possible. Georgia is one of 12 US states prohibiting mugshot websites from charging money for removal.

The Hard Way to Take Your Mugshot Off the Internet

Removing your Georgia inmate mugshot is possible once your records are “restricted” or expunged under Georgia law. But to take your mugshot off the internet, you must write to each and every mugshot website separately.

Unfortunately, there are dozens of mugshot websites on the web. And none of them make it “easy” to contact the company or individual that owns the site. In fact, many of these sites aren’t even on US soil!

Overcoming this problem may require hundreds of hours of locating internet domain registry information to learn who owns each site. Then, you must cross-reference that info to confirm contact information.

This process can take hours for each and every individual mugshot website. It requires technical skills, sleuthing ability, and most importantly, a lot of your time.

The Easy Way to Take Your Mugshot Off the Internet

At EraseMugshots.com, we don’t think it’s fair or ethical to publish the mugshots of the innocent. After serving your time and expunging your records, you deserve a second chance. Period.

Therefore, we know who the people and companies are that operate mugshot websites. We know who they are and where they are. We have their addresses. Anytime a new website pops up, we track down the owners and add them to our list.