Do I Need a Mugshot Removal Lawyer? 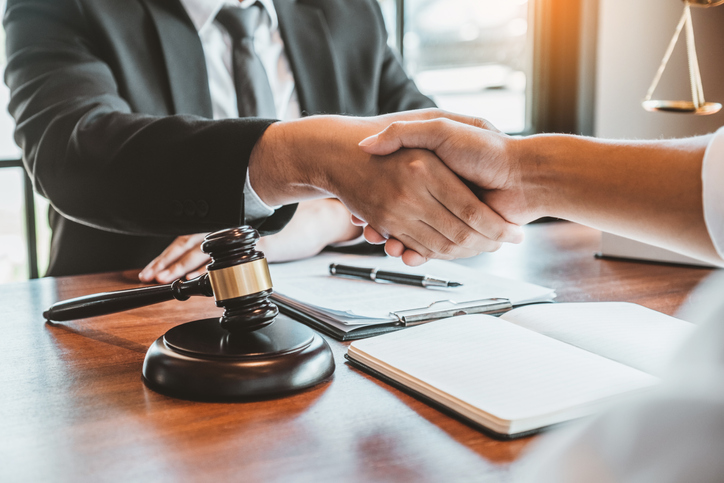 Need a mugshot removal lawyer to remove those embarrassing images? We show you when it’s time to hire a professional.

Someone sends you an email with a subject line telling you it’s important for you to check a link. You open it up, maybe expecting a cat video or something about a hobby you both enjoy, but instead what you get is a link to one of the worst memories you have.

This link they sent you opens up to a website page with your name scrawled across the top and underneath, your mugshot from when you were arrested. But that’s only the start. Beneath both your name and the mugshot is a list of the crimes you were arrested with as well as identifying information about you, maybe your age, weight, and even location.

Understandably you’re distraught and maybe even your first impulse is to throw your computer or phone across the room. After all, having your arrest record and name published online for anyone to find is no petty thing. Especially if the charges were dismissed or you were altogether found not guilty.

Unfortunately, getting your mugshot and arrest record removed is a lot harder than having them uploaded. The following is a look at what professionals like a mugshot removal lawyer can do to help you get those undesired images and history removed from the Internet.

Can a Lawyer Take Down the Whole Mugshot Website?

The mugshot website industry is an online-only industry that really started to grow back in 1996 when a judicial move made it legal for anyone to use the Freedom of Information Act to request county, city, and state arrest records. Initially, these websites operated in their own sort of wild, wild west as they took all the information they could about a person and post it online. Then, they would monetize those websites with advertisements that would allow the webmasters to make money whenever people viewed their website.

But ad revenues were only one way in which these mugshot websites sought to earn money. They also started doing something even more notorious. The webmasters of these mugshot websites started charging ransom fees, which were fees that people had to pay if they wanted to get their mugshot photo and information removed from a website. Sometimes these fees were a couple of hundred dollars and other times they were a couple of thousands. Realistically, the webmasters of these sites could charge as much as they wanted; as much as they could hope someone would be willing to pay to get their arrest records scrubbed from the internet.

But was all this legal? Initially, there was nothing expressly to make this type of thing illegal. But that doesn’t mean people didn’t try and hire a mugshot removal lawyer to come to their defense. A few years later, the legislature also caught up and new laws were passed that worked to set regulations and make illegal some of the worst tactics of mugshot websites. In 2018, a mugshot removal lawyer team helped influence the arrest of two of the owners of one of the most infamous mugshot websites, mugshots.com, on charges of extortion, money laundering, and identity theft.

Today, most states make it illegal for mugshot websites to charge a fee but most still allow the making of arrest records public and most will require individuals to take the necessary actions to remove their information online. Hiring a mugshot removal lawyer is one way of doing so.

How Can an Attorney Get My Information Removed From a Mugshot Website?

If your mugshot and arrest record is up on a mugshot website, then the single most effective way to get them removed quickly is to have had those charges dismissed. If those charges were dismissed or you were found not guilty, then all you need from a mugshot removal lawyer is the paperwork that shows that dismissal and has that paperwork submitted to the mugshot website your information is on. Every mugshot website must remove arrest information that you were found either not guilty of or charges never pursue.

But what if you weren’t found not guilty? Then the next thing that a mugshot removal lawyer will work with you on is expungement or sealing the record.

When a person is arrested and charged with one or more criminal offenses, the arresting law enforcement agency either creates a criminal record or adds to an existing criminal record. This criminal record will exist on the public record regardless of if you’re found not guilty or have the charges dismissed.

This means that even if you get one mugshot website to remove your mugshot and arrest information due to a not guilty or dismissal, another website can still get that same information by submitting an FOIA to the arresting agency. In other words, every year or so, you might be forced to go through mugshot removal if you choose to do so all on your own.

But there is a more permanent alternative. You can hire a mugshot removal lawyer to perform either expungement or case sealing.

If you have multiple arrests or charges, including arrests or charges in separate counties, then a mugshot removal lawyer will have to approach each county record separately via the appropriate paperwork. In other words, an arrest in one county must be applied independently for expungement from an arrest in another county.

Who Qualifies for Expungement or Case Sealing

Most importantly, only people who have never been convicted can apply for a record expungement. In addition, whether or not you qualify will depend upon the following factors:

Can a Mugshot Removal Lawyer Get My Mugshots Removed Without Me Paying?

In many cases, yes. If your mugshot turns up online, then a mugshot removal lawyer out to be one of the first people on your call list. They can send that publisher a request to remove all information pertinent to you. If your case has been dismissed, expunged, or sealed, then all states require them to legally acquiesce. How fast that happens will depend upon the state. For example, webmasters have ten days after written receipt of the request to remove any mugshots from an arrest in Florida and thirty days for mugshots related to arrests that occurred in South Carolina

If you did not have an expungement, that doesn’t mean you can’t still request your information removed. If the webmaster demands payment in exchange for mugshot removal, then you can often get law enforcement involved. If they don’t demand payment but they still refuse to remove your information, then a mugshot removal lawyer can accelerate the demands and initiate a lawsuit on your behalf. Through this type of lawsuit, you may both get your mugshot and information removed and get paid damages.