How to Find Out if Someone Is Bonded Out of Jail 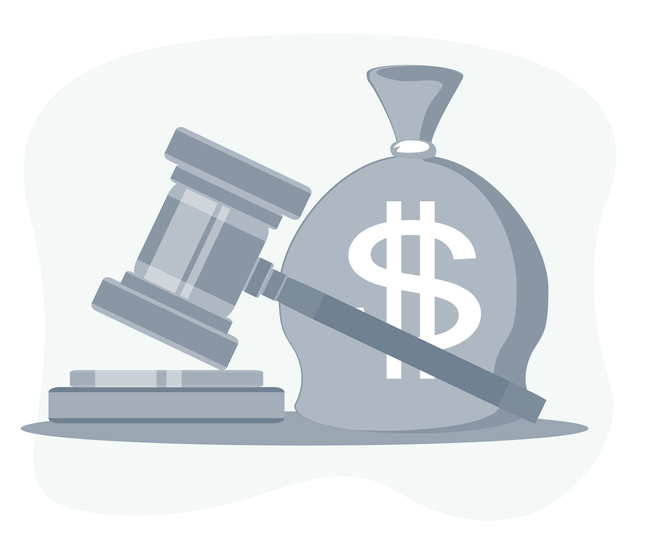 Learn how to find out if someone is bonded out of jail and how to remove arrest records from the web fast.

Did you know that every single arrest in the United States is a matter of public record? There are two reasons for this:

2. Arrest records are public record. According to U.S. doctrine, the public has a right to know where and when people commit dangerous or violent crimes.

In any case, if you have ever wanted to know how to find out if someone is bonded out of jail, you’re looking at a very specific cross-section of public records. You’ll have to investigate the arrest and court hearings that set the bail. You’ll also need to know about current detainment records.

Fortunately, we provide answers below.

When you’re wondering how to find out if someone is bonded out of jail, your first resource is the county jail and the sheriff’s office. Both will keep a record of the arrest and where the person is held in jail. They will also both maintain a record of any bail that is set. If the bail is paid, the person is released, and that information is also a public record.

Go to your county website or call the jail or sheriff’s offices. That will let you know if bail has been met. If you are particularly interested in whether or not a bond was used to pay the bail, they may not have that record on hand. Instead, skip down to the section about bail bonds and public records to see how to look up that information.

If you aren’t sure about the county in question, you can skip straight to state records. Every state maintains a complete record of all county arrests and incarcerations, along with state incarcerations.

You can go to Staterecords.org for easy access. This is technically a third-party site, but it serves as a search engine that makes it easy for you to go through records held by all 50 states.

You can find out a lot more than just bail releases. The public record includes things like driving violations, marriage records and property liens. If you need public information, you can find it all pretty easily by browsing state records.

When dealing with federal arrests and proceedings, things change a bit. For those records, you need federal resources. USA.gov is the primary place to find all federal records — including federal incarceration. You can see arrests, current inmates and many other pieces of information. If you do not see a direct bond or bail listing, you might have to start with the arrest record and dig deeper from there. The best bet is to look up the specific district court handling the case. Bail records are generally kept there.

If you’re simply looking for a record rather than the most up-to-date information that is available, third-party websites have a lot to offer. There are plenty that track arrests and jail releases. Any will let you know when an incarcerated inmate is scheduled for release.

It doesn’t even have to be that difficult. You can simply google a person’s name and their arrest/release records will likely pop up in the search results. Ultimately, there are plenty of ways to find this information. It might take some industriousness, but if you want public information, you can find it.

Let’s talk specifically about bonds for a minute. Arrests, incarceration, and bail are always public records. Whether or not someone is out of jail via a bail bond is not always straightforward.

When a bond is secured, there is always a record of the bond and the bond agreement. That exists to protect both parties. Since bonds are tied to bail records, many components of a bail bond are also public records. The exact details are determined on a case-by-case basis, but generally speaking, you can find records that include the amount of the bond, who supplied the bond and whether or not there was a co-sign. All of this information is tied to the arrest/court records regarding the specific case.

How Can I Find Out What Jail Someone Is In?

If you are less concerned with a bond and more concerned with the jail in question, you want to look at inmate records. The above resources will show you where any given person is being held. Whether they are held in county jail, federal prison or anything in between, the record is kept by each state, county and federal government. Use those resources freely, and you can find the person in question.

Similarly, you can use third-party websites. Sometimes, those searches will prove faster and easier.

How Can I Remove My Name From These Searches?

In some cases, the concern is that people can find your name — especially if the courts have fully settled everything. In order to remove your name from a public record or third-party websites, there are several things to consider. Hiding your public record and removing your name from third-party websites represent two separate problems. While some resolution courses overlap, you will likely have to address court records and third-party sites as completely different issues. You will find methods for treating each problem listed below.

This is the best way to get any particular item off of your public record. You can apply for expungement by appealing directly to the court that ruled on your case. That means you need to fill out a form and send it to the appropriate office for the county or district court in question. Most states make forms and instructions available through the Department of Public Safety or equivalent office. If you are unsure, you can also inquire via your county court or county clerk’s office.

If you expunged your record, it is no longer in the public record. It will no longer appear on background checks, and third-party websites that continue to list the item in question are potentially in violation of your rights.

Expungement is not always available. Some crimes are ineligible for expungement, and currently, there is no process for expunging federal records. In any of these cases, it still might be possible to get your records sealed. Again, you can do this by going through government websites for your state. You file the petition, and a judge can rule to seal the record.

Most of the time, records are sealed to protect minors or as part of a bargain with the state. Still, it is always an avenue worth exploring.

When nothing else works, you can ask for a pardon. This has its own designated process. Only governors and the President of the United States can pardon crimes. That said, it happens on a regular basis. You can go through the formal process, and if you are pardoned, it works a little differently.

A pardon doesn’t remove your criminal record. Instead, it formally frees you from any penalties tied to the crime in question. Anyone who discriminates against you based on a public record of a pardoned crime is violating your rights, and you can pursue civil action.

Things aren’t always straightforward. Legal processes can seal or expunge your public record, but that does not force third-party websites to play along. If your name appears on third-party searches, the best way to remove your name is to ask the website. In plenty of cases, if you can show an order of expungement (or similar court action), they will remove your name.

If they refuse or ask for money, you should move on to the next two steps.

You can sue third-party websites to force them to remove your name. Before you go this route, you want to check the veracity of your case. If your record has been expunged or sealed (or you were pardoned), the sites might be legally required to take your name down.

Regardless, if you can show that your appearance on the website is causing harm, a lawyer has a good shot of winning your case. Keep in mind that this is the nuclear option. Once you go through with a civil claim, you are likely to burn bridges.

Sometimes, the easiest way to solve a problem is to leave it to the experts. There are businesses that specialize in removing names from these kinds of searches. If the other methods didn’t work, contact a professional and get the help you need.

EraseMugshots.com is a professional group that specializes in removing mugshots and other harmful information from appearing on websites. We can give you a free removal analysis to see how often your name appears and what it will take to protect your reputation.

We want to help, and we can provide you with the means to fight back and protect your identity and privacy.