What is the Georgia Mugshots Law? 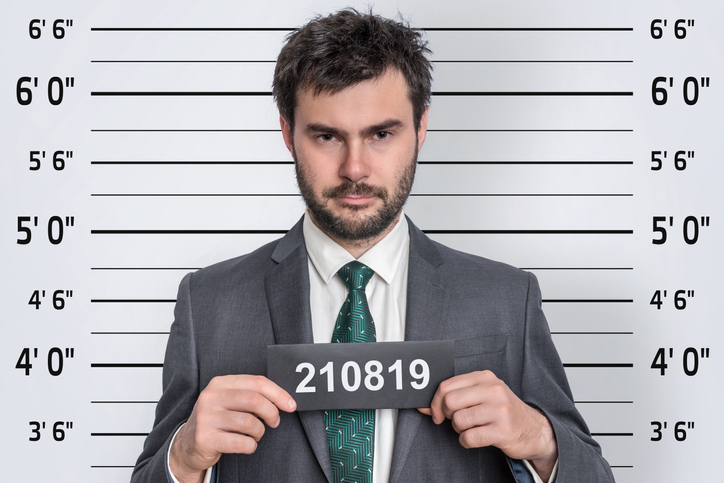 What is the current Georgia Mugshots Law? Our blog team breaks down this legislation and what you can to remove those mugshots now.

How Your Mugshot Got Onto the Internet

Back in 1966, an important law was signed by President Lyndon B. Johnson with the aim of holding government officials and journalists accountable for their actions. That law was entitled the Freedom of Information Act (FOIA), and it allows any individual to request information from a federal agency. Through FOIA disclosures, thousands of lives have been saved. But, unfortunately, there are those eager to abuse FOIA and it is through their abuse that your mugshot made its way online.

In 1996, after a series of problematic mugshot requests, a Sixth Circuit ruling officially allowed for the disclosure of mugshots via FOIA requests despite mugshots relating more to the private individual and not federal agency actions. This ruling created a notorious loophole that gave journalists as well as the general public access to booking photos.

In short time, enterprising individuals recognized the money that could be made via this loophole and created what is today known as the mugshot website industry. The Georgia and greater United States mugshot industry profits from abusing FOIA to grab mugshots (for free) from local criminal agencies and post them online. They do this under the guise of providing a service to the general public but in truth, they profit from this service by then charging “ransom” fees to remove the photo from the targeted individuals. Those fees average about $400 to $500.

How a Georgia Mugshots Law Gave Individuals Their Privacy Back

Thankfully, many states saw how predatory this abuse by the mugshot website industry has been and have started enacting mugshot laws to given individuals their privacy back. And that privacy won’t cause hundreds of dollars in ransom fees. Georgia is one of those states, enacting a very important Georgia mugshots law known as Georgia Code Title 10 — Commerce and Trade § 10-1-393.5.

Passed in 2013, this Georgia mugshot law was passed by the Georgia General Assembly with an important aim to address the mugshot companies that prey on arrested individuals. Under this law, mugshot companies were prevented from charging individuals the ransom fees for removing arrest pictures. However, there is a big caveat to this law. Under the 2013 Georgia mugshots law, only individuals who were not convicted following their arrest could apply to get their photos removed and that those arrested had to do the groundwork of searching for their photos and making written requests to the websites in order to get the photos taken down.

As you might expect, this Georgia law left much to be desired. A person may be arrested and a lot of serious charges tacked on, only to be charged and convicted of a much smaller crime — and yet those photos couldn’t be removed. A person could serve your time and still have a mugshot up against their will, meaning that their punishment in the public eyes was not done as a public mugshot booking can and often does result in social stigmas including employment hardships.

The good news is that the Georgia General Assembly was made aware of these limitations and the very next year they worked to remedy them. In 2014, one of the most forward-thinking laws against the mugshot website industry was passed in Georgia. That law is under GA Code § 35-1-19 and essentially made it so that mugshots or “booking photographs” taken by arresting law enforcement for the purpose of processing an individual in jail could not be made available to any person whose goal was to place that photo in a publication or website that would charge a fee for removal.

That is great news for anyone who was arrested in Georgia, regardless of whether they were charged or not in a crime. If you or someone you care about is arrested in the state of Georgia a booking picture of that event makes its way to a mugshot website, then you have the legal advantage. You can start a criminal investigation against the website and whoever gave them that picture. The only caveat is in the event that the arrest was related to a sexual offense.

How the Georgia Mugshots Law Works for You

Let’s take a look step-by-step at how the Georgia mugshots laws work and how you can make sure your privacy in the event of an arrest and even conviction:

What If I Wasn’t Arrested in Georgia?

While Georgia has been one of the most forward-moving states in regards to protecting individuals’ privacy and preventing websites from making money from booking photographs, they aren’t the only ones. The good news is that after over a decade of mugshot websites profiting from peoples’ pain is almost over thanks to many states passing similar legislation as Georgia mugshots law.

For example, under new Florida statutes, it is now illegal for any business, primarily mugshot websites, to take booking photographs, post or publish them, and then solicit or accept fees with the purpose of then removing those photographs. But not just that! Any business that fails to remove booking photos within ten calendar days after being requested to do so by an impacted individual is then subject to civil penalties. The potential penalties include $1,000 each day the photographs are up after the 10-day notice as well as associated attorney fees. Furthermore, in the state of Florida, continual refusal to remove the photograph can also be charged under laws associated with unfair or deceptive trade practices. That’s a pretty fantastic incentive!

Who Can Help Me Get My Mugshots Removed Online?

The most powerful way in which you can ensure your mugshots are taken offline is by having your arrest record expunged. To do that effectively, you will want to hire a lawyer. A lawyer can help navigate you through all of the necessary legal processes to ensure that your rights and privacy are fully protected by the letter of the law in your jurisdiction.

However, while lawyers are excellent at getting your record expunged and sending warning notices to mugshot websites failing to adhere to things like Georgia mugshots law, they are also expensive and they can hit hurdles they won’t know how to jump. For example, if a mugshot is posted to a site that doesn’t charge any fees, it may not be taken down and thus it may still show up every time a person searches your name online. For such situations, a lawyer can’t help but a group that specializes in online removal services can.

An online removal and net reputation company like EraseMugshots.com can provide an array of services that go beyond that of an attorney’s office. Our experienced team works to both find and scrub all of the negative content we can find regarding our clients online, including mugshots, and where we can’t scrub content from the internet, we work to improve the search engine results associated with your name in other ways.